by Big Bold Youth
No comment(s)

We are living in a society obsessed with performativity, with statistics, testing, grades and goals. A society that no longer leaves room in the curriculum for creative subjects such as drama which are not necessary for attaining good grades. Education has reduced knowledge to learning by rote so what can we do to ensure our children gain a well-rounded deep education?

Why are arts being removed from schools?

Performativity is a phrase used to describe the emphasis the modern world places on statistics and grades. For example, a child’s success can be reduced to their formal assessment grades rather than how well they fit in, their commitment to activities or how well they can communicate with others. Children are pitted against each other, schools battle their way up league tables and children’s wellbeing tends to be left behind. There are of course benefits of such a culture, with many arguing that increasing emphasis on achievement will have a desirable effect, increasing children’s likelihood of getting a job. However, as schools focus on the number of ‘good grades’ their pupils achieve, subjects such as theatre and the arts get put second to more ‘academic’ subjects. Unfortunately, the problem is much deeper than just the emphasis the government places on grades and league tables: there have also been large national funding cuts with Arts Council England being cut by 32% between 2010 and 2015 and local governments funding being cut by 40%. There is no pressure to keep teaching arts and no monetary providing to do so. Despite the fact that these creative subjects allow children to think for themselves and can increase motivation and engagement, they are being pushed out of schools.

What are the dangers of removing theatre?

Removing the performing arts from the curriculum leaves a gap, a gap which means children are no longer being given an adequate creative outlet. But beyond this, children are missing out on the skills that drama is able to instil in children, such as confidence, problem solving skills, public speaking and teamwork. Furthermore, theatre can help children become inspired and enthusiastic which carries across to their academic abilities. However, with schools no longer focused on producing well rounded children the responsibility falls to parents, many of whom can’t afford to send their children to youth theatres. That is why Big Bold Youth is keen to provide affordable classes for all, we know the importance of drama and are appalled to see the national curriculum placing it on the side-lines. Every child should be encouraged to be creative and every child should have the opportunity to partake in drama.

Performativity can be beneficial but it must be balanced with features of pupil autonomy provided by creative subjects to create independent and successful adults who want to learn for themselves. It is vital that children are still allowed the opportunity to express themselves, hence the importance of youth theatre groups that provide the enriching experiences which are being squeezed out of the national curriculum and allow students to reach their full potential. 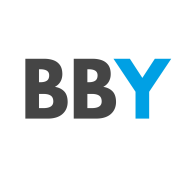